Watch The Olympics & The World Cup But Don't Ignore the Corruption

Everyone knows that sports is big money. Placidly accepting this as the "cost of doing business", we acknowledge and endorse corruption that in ANY OTHER INDUSTRY would be vigorously and relentlessly investigated and unrelentingly prosecuted.
On the eve of the 2018 World Cup final, here's a brief look at systemic corruption in the "Sports Industrial Complex".
The scandal-plagued USOC recently appointed its fourth CEO in a decade, USGA's Sarah Hirshland. The USOC's shameful (some allege, criminal) mishandling of sexually abused gymnasts and swimmers reveals a culture that prizes money and medals above all. (For details, read Sally Jenkins' article in the 7/5 Washington Post.)
Unfortunately, the USOC isn't alone in its corruption. In fact, corruption is standard operating procedure among the so-called world "governing bodies" of sports.
The USOC's corruption parallels FIFA, a mafia-like criminal enterprise run by self-righteous gangsters who milk revenue for as much personal gain as possible.
To wit: Millions of dollars in “inducements” to secure contracts to televise matches... Bribes sought by FIFA executives with the power to determine World Cup hosts.... Death threats for cooperating with investigators... "Incentives" by oil-rich Sheikhs to buy the votes that would secure Qatar (QATAR!) as host for the 2022 World Cup. (See "The Dirty Game" by Andrew Jennings.) 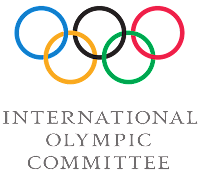 FIFA's contemptuously corrupt process of awarding the 2022 World Cup to Qatar is straight from the IOC playbook--specifically, the vote-buying scandal that resulted in the selection of Salt Lake City for the 2002 Winter Olympics.
In 2000, a federal grand jury indicted the two chief organizers of Salt Lake City's bid to win the 2002 Winter games on charges of conspiracy to commit bribery, fraud and racketeering related to a vote-buying scandal. Thomas Welch (former president of the Salt Lake City bid committee) and David Johnson (former VP), paid $1M to improperly influence votes of more than a dozen delegates of the International Olympic Committee, which awards the host sites for the Winter and Summer Games. 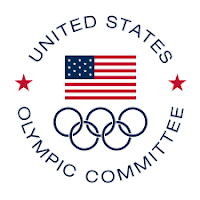 Welch and Johnson secretly paid a USOC official to "help" Salt Lake City's bid, drew up a series of bogus contracts, falsified books, records and other documents to conceal their activities, and personally diverted $130,000 in bid committee money.
The bloated and bleating FIFA leadership you see in the most expensive seats at Sunday's soccer match will say they love The Beautiful Game and point to the Championship match as proof of FIFA's "transparency". Don't believe it. As long as the big money spigot stays on, corruption will flow from the faucet.
Posted by The Hired Pen at Thursday, July 12, 2018